This Jurassic Park: The Lost World candy egg is brought to us by Topps who released this candy following the release of the critically acclaimed movie The Lost World, which is a sequel to the worldwide phenomenon Jurassic Park. Much to Jayme’s dismay, this egg candy is supposed to be accompanied by a glow in the dark dinosaur skeleton that you can put together yourself. His however, did not.

Witness Jayme Kilsby demolish these egg candies like the champ that he really is. Listen closely as he makes Inception related egg jokes that will most likely (not) be heard around the world. Inception, if you somehow didn’t know, is a Christopher Nolan feature film that was released six years ago with the hopes of confusing moviegoers world wide; he succeeded. Anyone who tells you they understood that movie the first time they watched it is lying. They’re probably the same people who understood Donnie Darko or Fight Club after the first time. I’m getting really off topic.

The point I’m trying to get across is, is that Jayme Kilsby is at it again. He’s here to entertain you, opening unopened candy from the 80’s and 90’s and reviewing it so you don’t have to. It’s really mostly because he wants to, we don’t know why either but it’ll entertain you and disgust you at the same time, which is a real rollercoaster of a ride.

'Any Time with Vin Forte' Episode 22: "The Only Character Having Fun" [Guest: Rob Bricken]

'Any Time with Vin Forte' Episode 23: "I Would Continue to Live Another Day" [Guest: Gaby Dunn] 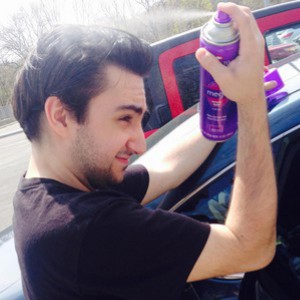 The Star Wars: The Force Awakens Trailer: Can We Trust It?