For the past 13 years (!!!), Matt over at Dinosaur Dracula (and formerly X-Entertainment) has been celebrating the Halloween season with an annual two month bonanza of posts, videos, and special treats all revolving around the spooky nostalgic pop culture of years gone by.

Since dropping the X-E site in 2012, Matt’s been working hard to build up his new online home, Dinosaur Dracula, with a renewed energy that has really hit a stride in the past year. Due to the addition of monthly “Fun Packs” full of nostalgic toys and treats you can sign up to receive, a more consistent social media presence, a recently launched podcast with Jay from The Sexy Armpit, and an overall robust selection of posts that have played a mere opening act to the next two months.

In years past, the Halloween Countdown has meant two full months of content on absolute overdrive. Obscure commercials, rare cereals, crazy expired soft drinks, expensive old toys. If it’s Halloween related, it’s probably been in a past countdown somewhere. With 13 years of backlog, this also means that Matt can’t just rely on old seasonal standbys like the Monster Cereals or Ecto-Cooler. When the going gets tough, the tough buy up weird bullshit at Dollar Tree. If the past year is any indication, this season has the potential to be the best Halloween Countdown of them all.

So if you’re the type of person that gets giddy when you see them put out the seasonal candy a few months early at Pathmark or like to get a head start on your Nightmare on Elm St marathon (RIP WES CRAVEN), do yourself a huge favor and head on over to Dinosaur Dracula right now and lock it into your favorites for the next 61 days and enjoy two full months of Halloween weirdness.

Of Course Someone Used Super Mario Maker To Rickroll The World...

The 5 Best and Worst Dressed Celebs from the 2015 VMAs 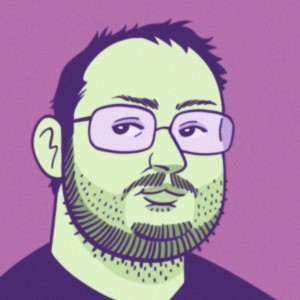 I'm the only person on this site that actually went to college for Journalism. Needless to say, I'm not putting that knowledge to the best of uses.

Are You Prepared for the Halloween Asteroid? Well, Read This and GET Prepared!

Mike Myers Stars as Michael Myers In This Halloween Mash-Up